For visually impaired users: Browse the streamlined version of our website.

Be the first to write a review!
Add To Cart Add to Wish List
In Stock Online!
This item earns up to 44 VIP Reward Points Learn More 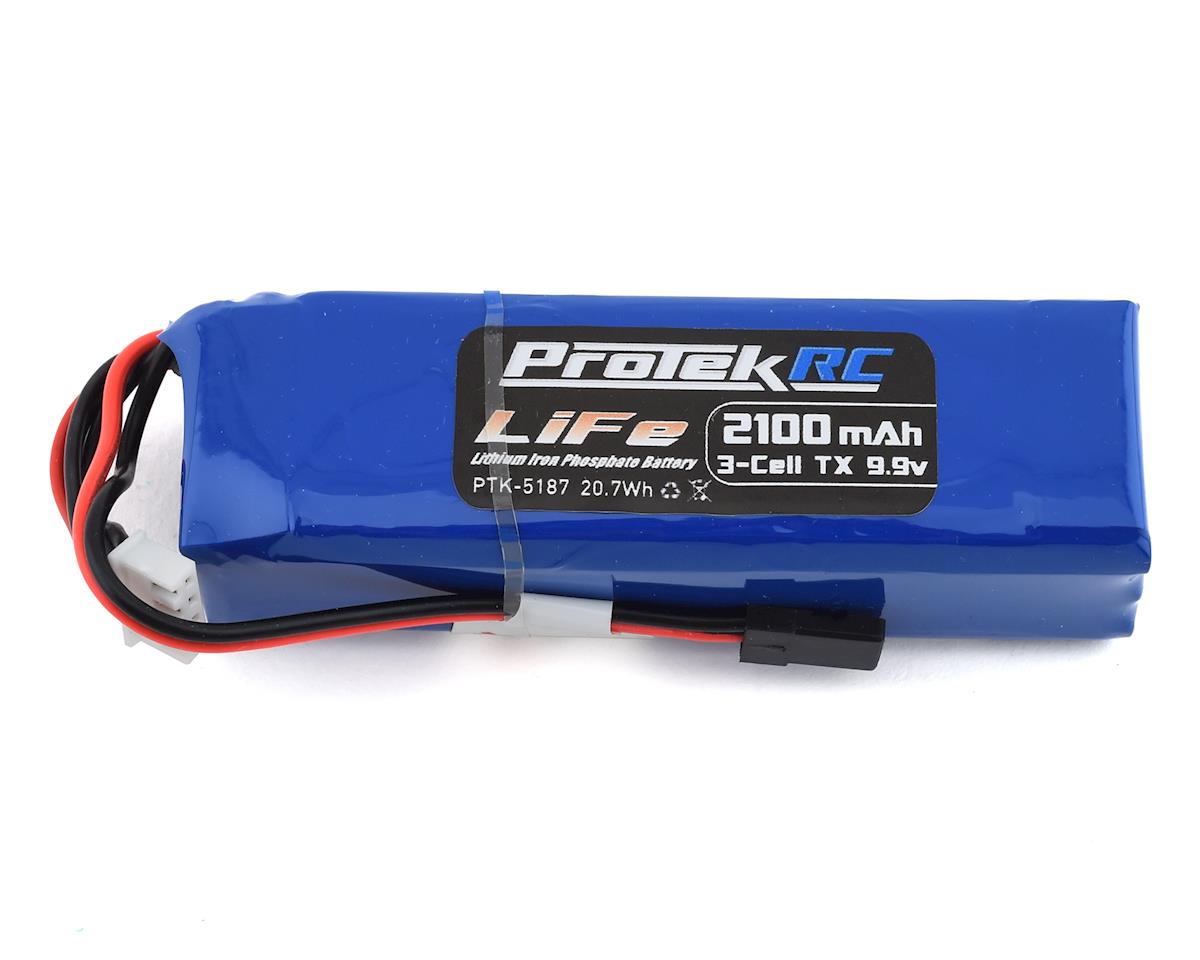 This is the ProTek R/C LiFe Transmitter Battery Pack and is intended for use with Futaba, JR, Spektrum and KO Propo Transmitters that use a 4x4 AA Battery Tray. Lithium battery technology is evolving. With cell dimensions that fit anywhere a standard Li-Poly battery will and rapidly increasing capacity, LiFe chemistry will soon set the standard that all others are judged by. With the ability to deliver 1000+ usable cycles, and a life span up to 4 times longer than Li-Poly batteries (when cycled under the same discharge conditions), these batteries offer the user an excellent balance of performance and value. LiFe batteries are more durable than Li-Poly and are able to handle a higher level of abuse when compared to Li-Poly without the risk of pre-mature failure. Unlike Li-Poly, LiFe cells can be stored in a fully charged state with little to no loss in stored power, and can be discharged deeper with less risk of damage to the cells. Most importantly, LiFe batteries are SAFE! There is no risk of combustion! LiFe cells will not catch fire or explode when over charged, or after a deep discharge.

NOTE: Brand new LiFePO4 batteries have been found to fail prematurely if they are deep discharged below 33% capacity too early. A break-in period of 20 cycles is currently recommended. While testing has shown that this battery can be charged at up to 3C rates, it is recommended that this battery not be charged at rates higher than 1C to maximize the lifespan of the battery. Additionally, LiFe batteries should not be discharged below 2.5V per cell to avoid pre-mature failure and maximize battery life span.

We also recommend you REMOVE the batteries from your cars or radios when you are done, or at least unplug them to avoid accidental over discharge if the unit is left on.

IMPORTANT:
1) You will need a LiFe specific charger to charge the pack (NiMH, NiCD or Li-Poly only chargers WILL NOT WORK!)
2) You must not discharge the LiFe battery pack below 33% capacity during the break in period or below 2.5V per cell after break in.
3) It is not recommended that you charge this LiFe battery pack at amp rates higher than 1C.
4) Read the instructions carefully before operating this battery.

This product was added to our catalog on February 17, 2010

Customers that bought this also purchased...